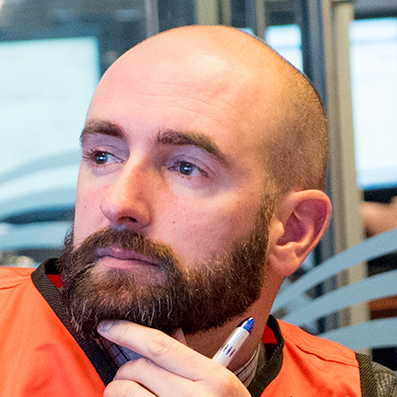 Eric completed his Bachelor’s Degree in Chemical Engineering at McGill University in 2001.  Subsequently, he held various positions at Canadian Nuclear Laboratories (CNL, formerly Atomic Energy of Canada Limited, AECL).  Eric worked at CNL for a total of fourteen years at both Head Office and the Chalk River Laboratories.  While at CNL, the areas of expertise encompassed Safety Design, Licensing, System Health and Operations Management.

In 2007, while working in Operations at the Chalk River Laboratories NRU reactor, Eric participated in the 3rd annual World Nuclear University Summer Institute in Daejeon, Korea.  Using his experience from the 2007 WNU-SI, Eric became a member of the organizing committee for the 2008 WNU-SI in Ottawa, Canada.  In 2012, he was certified by the Canadian Nuclear Safety Commission (CNSC) as a Senior Reactor Shift Engineer on one of the oldest operating nuclear reactors in the world.  In 2015, he transferred to New Brunswick Power to work at the Point Lepreau Generation Station where he worked in system health.  In the fall of 2016, he joined Canada’s Nuclear Regulator (the CNSC) at its head office in Ottawa, Canada, where he is currently the Director of the Systems Engineering Division.